Dr. Volker began practicing in Cambridge, MN in 1982. He graduated from Northwestern College of Chiropractic in 1982. He is a graduate of Coon Rapids High School and Waldorf College in Forrest City, Iowa. He also attended Clemson University in Clemson, South Carolina.

Dr. Volker is a member of the American Chiropractic Association and the Minnesota Chiropractic Association. He received his CCSP (Certified Chiropractic Sports Provider) in 1995 and has managed the sports injury program at Cambridge-Isanti High School in the past. He continues to provide injury assessment and management services to the wrestling and gymnastics teams. He was a member or the occupational injury prevention and safety team for Grandview Christian Homes. He attended the St. Thomas College Chiropractic Leadership program and is a past member of the Cambridge Medical Center Foundation Board. He currently serves as a member of the Cambridge Isanti Chamber of Commerce. He is married to Leah and resides in Cambridge. He is the proud father of 5 boys. He enjoys spending time at the lake fishing and boating, traveling, and time spent with friends and family.

Dr. Kyle Volker is a 2012 graduate of Northwestern Health Sciences University in Bloomington, Minnesota. Prior to joining the Comprehensive Health Clinic team, he spent a year interning at Lyn Lake Chiropractic in Minneapolis, Minnesota, the official chiropractors of the Medtronic Twin Cities Marathon.

As an avid runner himself, Dr. Kyle enjoyed working with runners of all skill levels to keep them feeling their best and achieving their goals. He brings his passion for athletes of all kinds to Comprehensive Health Clinics and has also been trained in Active Release Technique, what has been called the gold standard in soft tissue treatment. He also enjoys helping people with sports related injuries, neck pain, low back pain, headaches, foot pain and everything else between. Dr. Kyle provides care to the residents of Cambridge and surrounding area.

Prior to his career as a chiropractor, he was employed with the US Geological Survey as a Microbiologist with interest in water quality and public health. He believes that advocacy for chiropractic is essential to provide optimal care for his patients. Dr. Ryan understands that chiropractic has a unique role in health care providing effective relief for a variety of muscular and skeletal conditions.

Dr. Ryan enjoys helping and educating patients from all backgrounds, whether it be a child, young adult, athlete, or older adult. He is a Certified Medical Examiner and can perform DOT physicals. He has a strong passion for the outdoors and enjoys fly fishing, tying flies, hiking, and anything else that gets him outside. Dr. Ryan is happy to be serving Cambridge and the surrounding communities.

David Poulter is a British trained Physical Therapist. He emigrated to Australia in 1986 where he ran a private practice specializing in treating musculoskeletal problems.

He obtained his Diploma in Mechanical Diagnosis and Therapy in 1992.

On completion of his diploma course he moved to New Zealand to teach the McKenzie Institute International Diploma course. David spent 3 years working alongside Robin McKenzie developing the diploma program.

David is the former Market Manager and Clinical Lead for Novacare Rehabilitation North market. He has also worked as a Senior Physical Therapist and Clinical Educator for Orthology, Physical Wellness, working in Coon Rapids, NY city and Washington DC.

After leaving the McKenzie Institute, David has been developing and teaching his own courses based on the “Patient Centered Model.”  He has presented his two main courses “Patients have all the Answers”, and “Telling isn’t Teaching” in Britain, Sweden, Denmark, Greece and the USA. More recently he has developed and presented two courses on Spinal Differentiation and Manual techniques in a Patient Centered Paradigm.

David specializes in treating Musculoskeletal issues, patient empowerment and self treatment. He has extensive experience in treating the conditions of the spine, shoulder, hip, knee, and post surgical rehabilitation.

Wendy has been serving Cambridge Chiropractic patients as a Rehabilitative Exercise Class instructor since 2013. Her background includes a degree in Exercise and Sports Science from Hamline University and many years as Cambridge-Isanti's Head Gymnastics Coach!

Wendy completed training through the National Institute of Health Science as a Back Specialist, and holds a certification as a personal trainer from the National Academy of Sports Medicine.

Ashley received her Bachelor’s in Alternative Health Sciences and Master’s in Acupuncture and East Asian Medicine in 2015 from Bastyr University located in Seattle, WA. Originally from Isanti, MN she returned to her community in hopes to educate and share the magic and science of acupuncture and traditional Chinese medicine (TCM) with her home town.

Her areas of specialty include chronic pain with an emphasis in low back and neck pain of all origins, sciatica, and shoulder pain. Outside of pain, she frequently uses herbal medicine as well as acupuncture to help with more internal symptoms such as menstrual issues, fatigue, and digestive ailments like IBS, cravings, and constipation/loose stool.

Each person is unique and she utilizes various strategies within TCM to best serve the patient according to their own unique needs. She uses many different methods within TCM to attain results such as Meridian Balance Method, Master Tong , and electro-acupuncture.

Byron began his education in traditional Medicine under the guidance of my great Oriental Medicine practitioners all over the world. He began studying at the Atlantic University of Chinese Medicine in Asheville, NC and completed his education at Northwestern Health Sciences University in 2007.

Byron’s goals as an Oriental Medicine practitioner are to bridge the gap between Eastern and Western medicine, and provide the safest, most comfortable, and effective treatment for his patients. Byron offers his expertise in treating pain, neuropathy, and pain management in all regions of the body. He also offers treatment for a variety of psychosocial complaints. Byron stays active in the latest nutritional research to properly educate his patients. Byron also enjoys spending time with his niece and nephews, grain free cooking and nutrition, snowboarding, and restoring old cars. 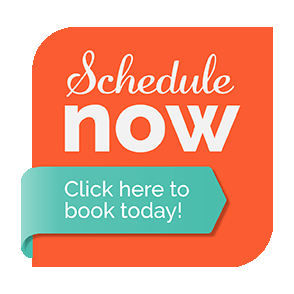